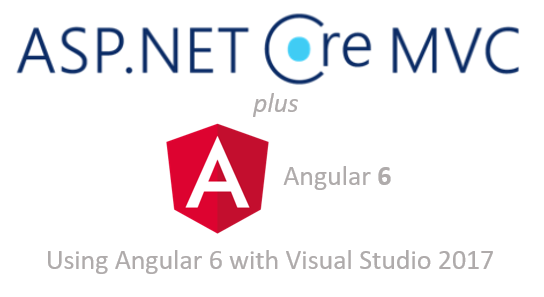 Angular 6 is out! That’s great, except that the Visual Studio 2017 Angular templates haven’t been updated yet. BUT, all is not lost, because it’s actually (relatively) easy to upgrade. Let’s take a look!

Angular 6 includes a lot of tooling improvements, so it’s worth the upgrade. And thanks to the new ng upgrade command, upgrading your Angular projects has never been easier!

We’re going to start with the “enhanced” project we made in a previous post. You can check that project out here. The steps would be mostly the same if you were to take a stock Visual Studio Angular project.

If you have a more complex Angular project and want to see how difficult it will be to upgrade, you can use the new Angular Update Guide. But be warned! There are still issues with ng update, so the update guide might not work for you.

The first thing we need to do is install the Angular 6 CLI. You can do this globally from the command prompt of your choice:

This gives us the latest-and-greatest Angular CLI. You can verify that you have it installed by running ng -v. You should see something like this: 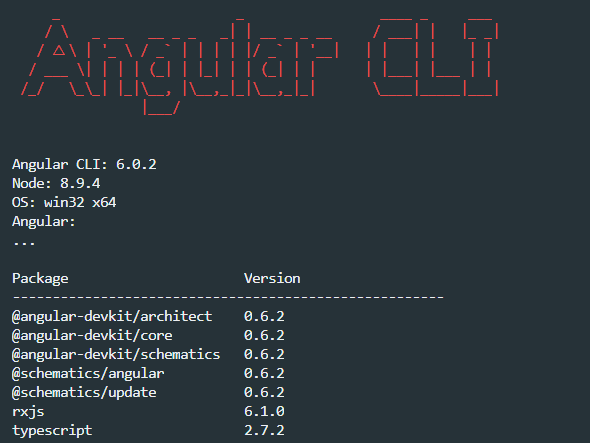 We have Angular 6 installed globally, but our project has its own, local copy of the CLI, and that’s still the old version! We need to upgrade that, too! There’s a bit more work we have to do first though…

I’m actually not going to do things the official way. The docs will tell you to upgrade the CLI first. I tried that, but ran into issues. I followed the workaround from this issue instead.

Before you open your Visual Studio solution, navigate to the ClientApp directory of your project using your favorite command prompt.

First, use ng update to update all of your Angular references:

Next, update rxjs to take care of a dependency issue:

Now you can use ng update to update your project’s CLI:

This will remove your existing .angular-cli.json file, and add a new angular.json file. It will also update a handful of other files, too.

If you have other dependencies, such as Angular Material, you will need to perform some additional steps. The Angular Update Guide should get you pointed in the right direction.

We’re getting there! Now we’re ready to turn our attention to fixing up our project’s integration with Visual Studio 2017.

The old Angular project template called ng serve and ng build with the extract-css option. That option is no longer valid, so we need to remove it from our npm tasks.

Open your package.json file, and change the entries in the scripts section to remove the obsolete option from both the start and build tasks. You should have something like this after the change:

Now the start and build tasks should work again.

Putting it All Together

But me, I’m a bit skeptical… how will I know for sure that my app is actually using Angular 6?

There are a couple of ways, but here’s an easy one: I can make a small adjustment to the home view so that it displays the current Angular version.

In home.component.ts, I can import VERSION and make its full property available off of the component:

Then I can display it in the view:

So there you have it: upgrading to Angular 6 is easy, though not quite as easy as it should be yet due to issues with ng upgrade. I’m sure those kinks will be worked out, and once they are, it will be easier than ever to stay up to date with the latest and greatest of Angular.

The code for this demo is checked in to the same Github repository that I used before. Feel free to check it out.